What:
Professional skiers from around the world hit the big screen at The RIO Theatre to debut the Canadian Premiere of "This is Home," a feature-length ski film by Faction Collective.

"This is Home" follows Faction Collective athletes - including Candide Thovex, Duncan Adams, Tim McChesney, Johnny Collinson, Henry and Kelly Sildaru, and many others - as they return to their respective bases around the world to show us how they get it done on home turf. Revisiting old playgrounds and favorite lines, finding new challenges and scoping out secret spots, this film chronicles what it means to be a freeskier today – where the conditions are what you make of them, and the search for that perfect ride begins in your own backyard.

This powerful ski film is sure to get Vancouver fired up about winter and the unbeatable terrain of British Columbia, and we expect a huge turnout for the Canada Premiere; the "This is Home" trailer has received more than 500k views since its launch in September. The film will also screen in Alberta, Ontario, and Quebec.

Click here for more information about "This is Home." 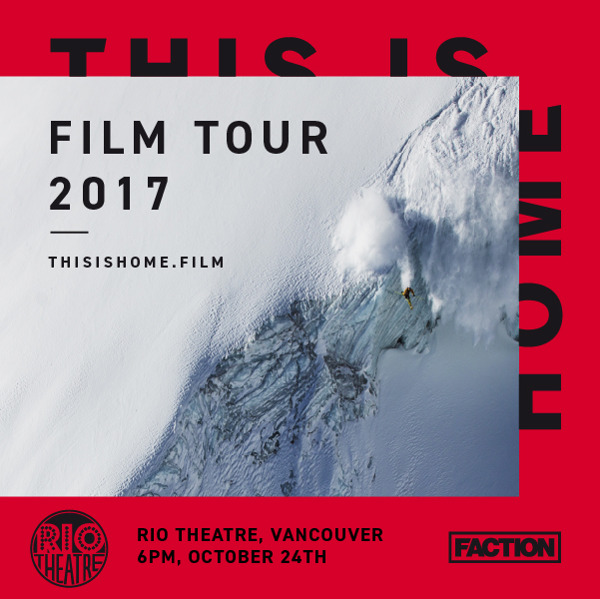